Being smaller in size can be viewed as a disadvantage, but this young Doberman named Kyra proved otherwise. She’s proof that physical size doesn’t matter as long as you have the confidence.

This little puppy’s not even a fourth in size as the adult Doberman of the house, but that didn’t stop her. The puppy must have found beef with the larger Boss, so she challenged him. 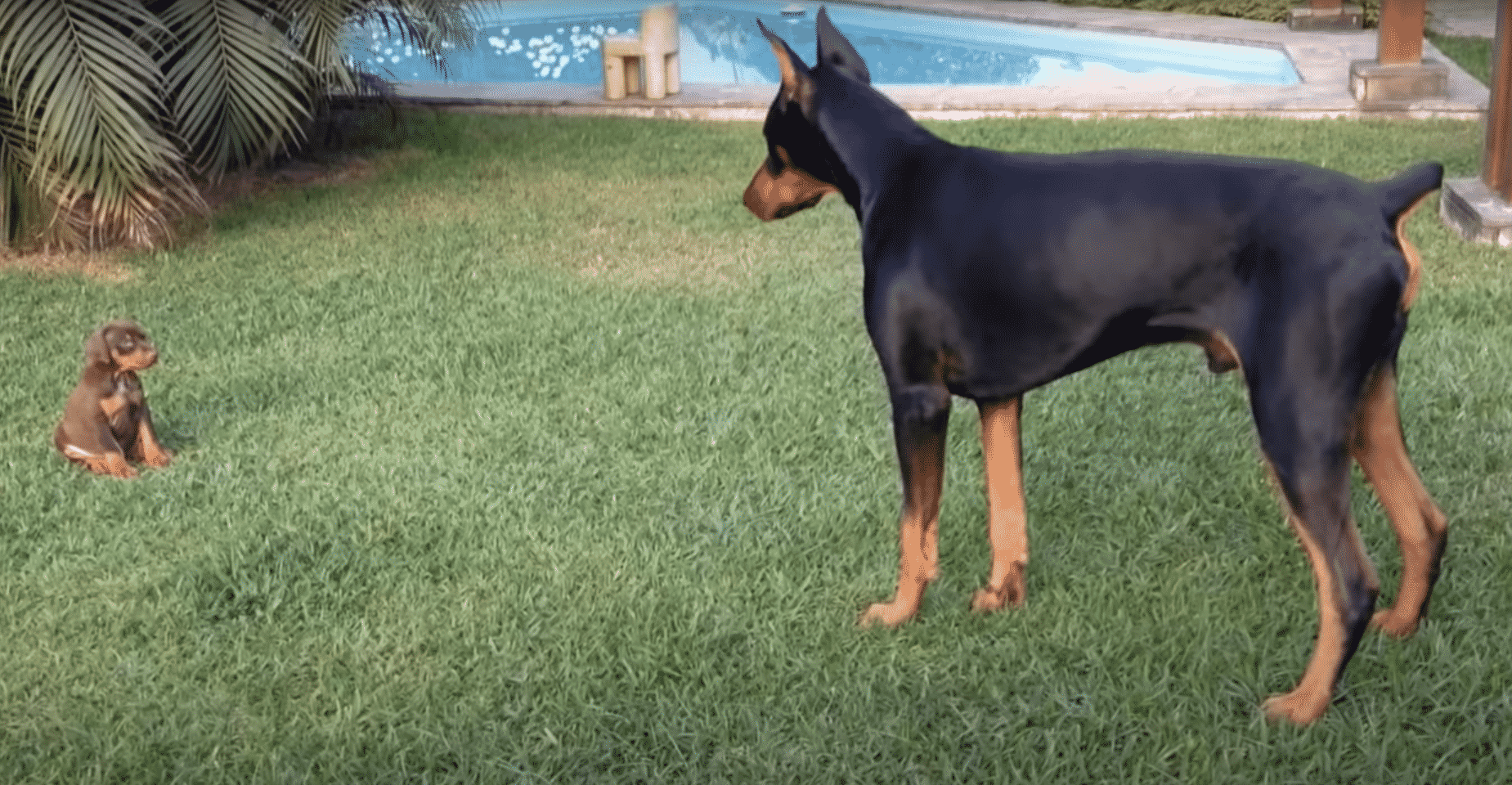 As expected, Boss was taken aback by Kyra’s behavior, but he was careful not to let it show. Puppies need to really learn how to deal with other dogs, and he was in the perfect position to teach her.

We’re not sure that the older dog’s agenda matched the younger one’s, so it’s understandable they had a stand-off. Kyra was more than ready to take Boss on, lunging at the bigger dog at once. 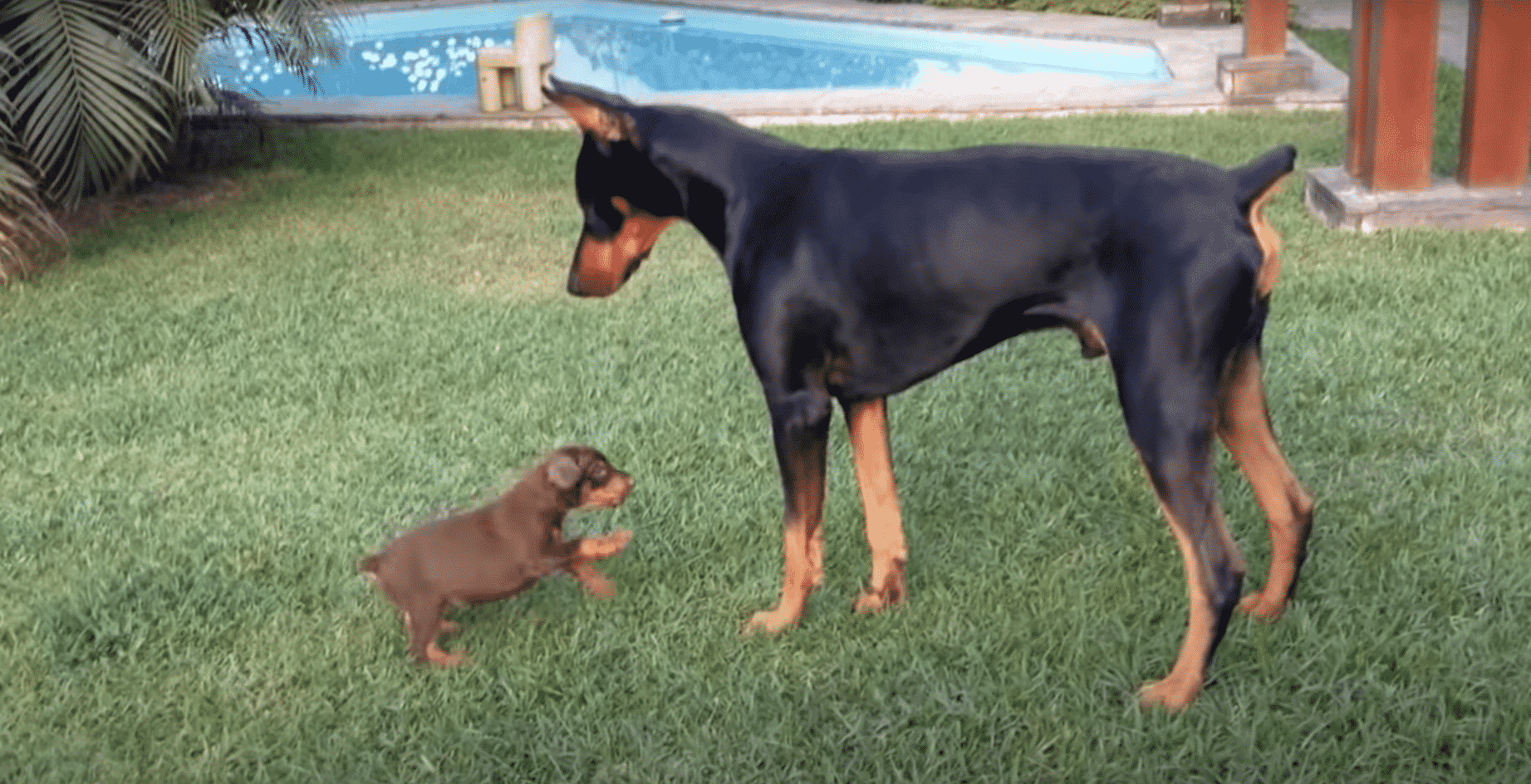 The adult Doberman watched the young puppy in action. She had grit, alright, and that’s a character that’s important to survive. Something told Boss that this little one would do just fine.

Kyra didn’t let up, her confidence soaring as Boss backed away from her. The youngster took that as a sign that she’s doing everything right. You’re not wrong about that, pet! 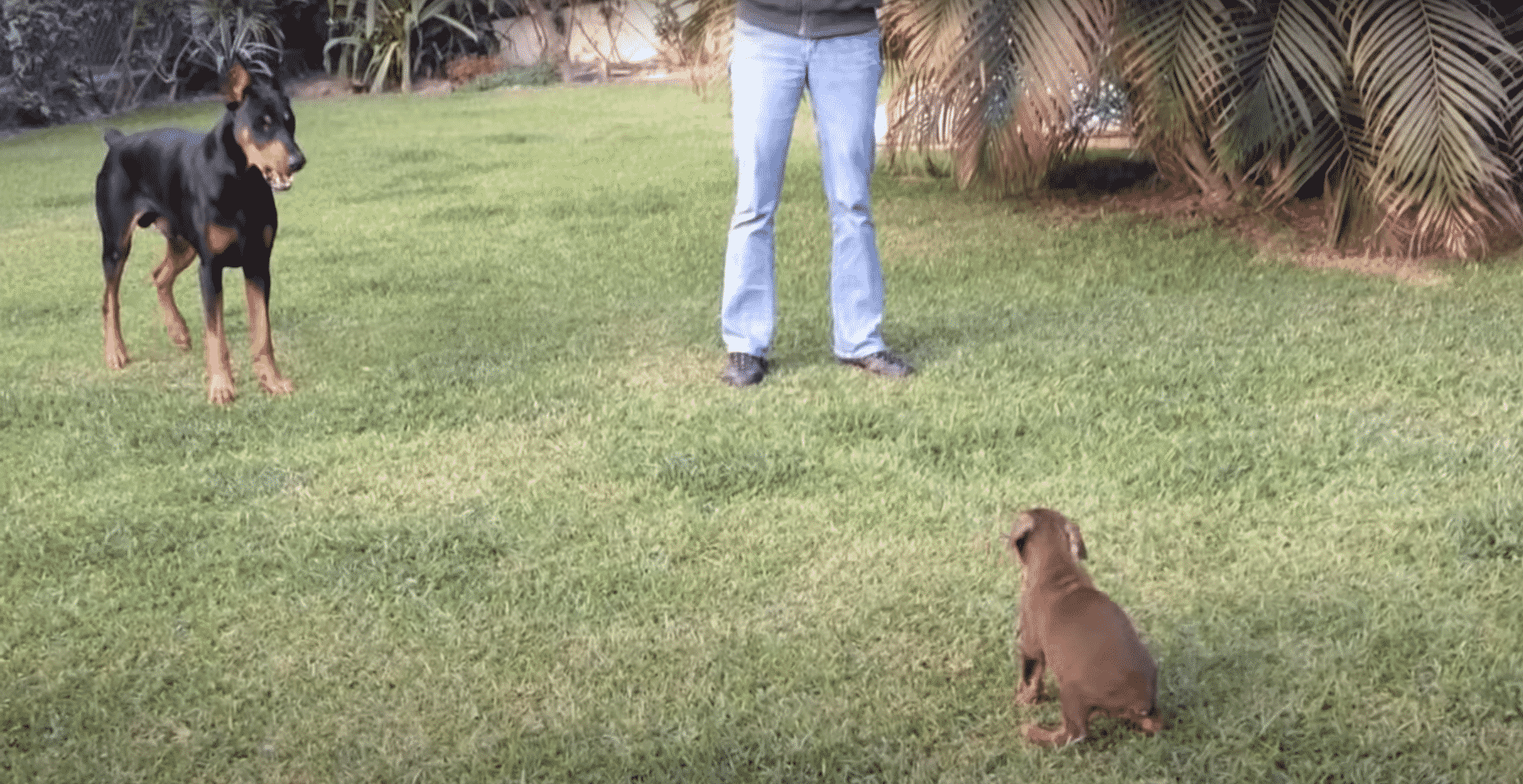 Boss looked every bit the fierce dog even while he indulged the younger puppy. We know he could have easily subdued Kyra, but he was there to mentor, not attack.

The little one needed guidance, and the older dog knew she meant no harm. In teaching a lesson, sometimes it’s good to let young ones believe they could get the job done. 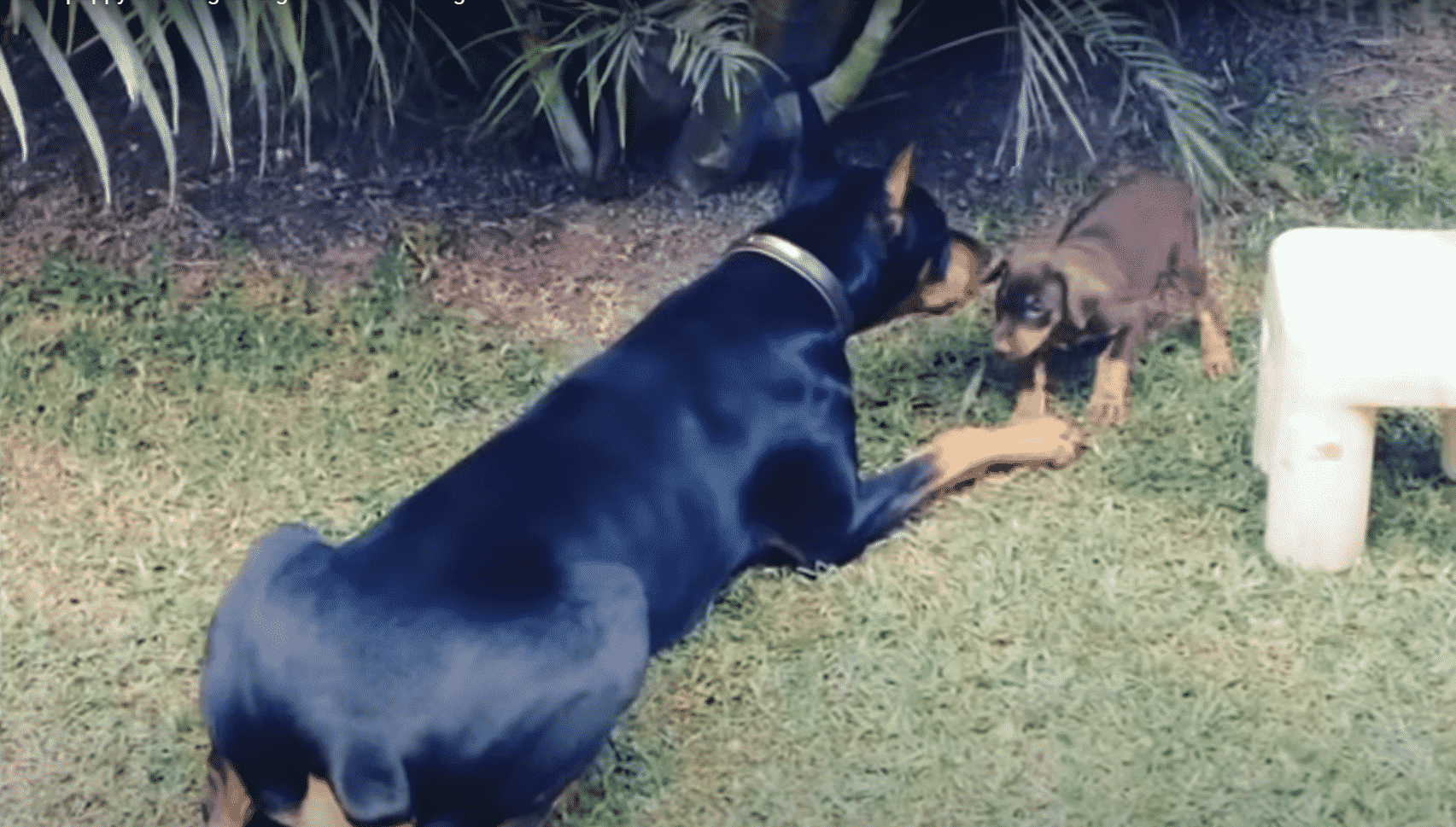 We say you did a mighty good job, Boss. Thanks for letting Kyra express herself. With what you did, she’d grow up to become a confident and discerning Doberman like you.

Here’s to many more interesting and fun days ahead!

While some dogs are clearly cut out for outdoor adventure, …

French Bulldogs are one of the most sought-after dogs in …