Kelsey was wandering around in an orange grove when she saw a hairless puppy with sunburnt skin. The Pibble Ranch veterinarian technician knew that she had to do something to help the poor dog, so she decided to bring the pooch she named Hippo to her facility.

The resident veterinarian examined Hippo, and it turns out that the poor pup had been abandoned outside in the sun without any shelter for a long time. Hippo’s horrible living conditions took their toll on her body, that she became malnourished and mangey. 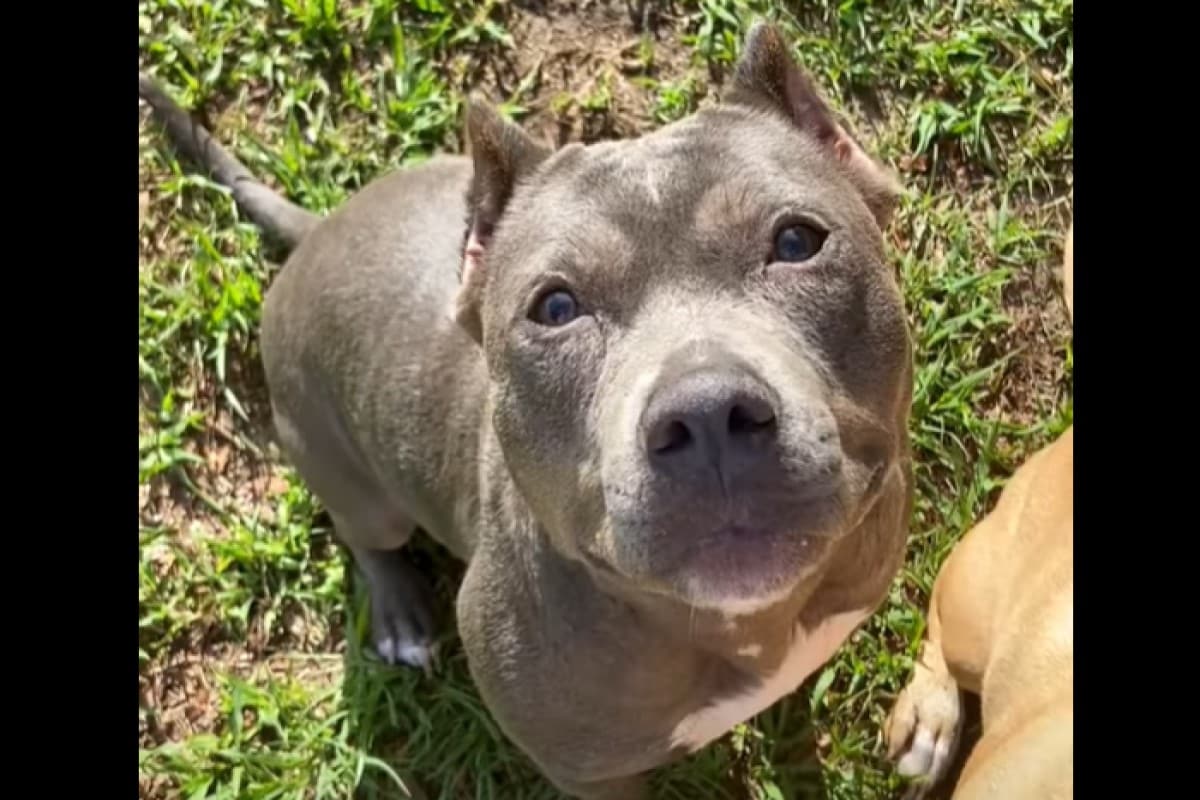 Kelsey shared that Hippo did not have any energy to wag her tail or walk on her own at all because she was so weak from all the neglect she endured. Hippo was treated for her health issues for many months, helping her come out of her shell more with each passing day.

Kelsey recalled that Hippo went from being extremely depressed to a happy-go-lucky pup who loves toys, wags her tail, and hangs out with other dogs at the clinic where she works. Hippo was also frequently brought to the clinic where her human mom works, especially when she needs to undergo some treatments.

Kelsey noticed that Hippo seemed to love the clinic’s agility course, which made her and everyone at the veterinary realize that Hippo was finally feeling better. She recalled that many people were cheering and clapping for Hippo because they knew that Hippo would make it.

Kelsey shared how awesome it was to see Hippo blossom quickly because she initially did not look like the pit bull would survive the night when she was first rescued. Hippo proved to be the perfect dog, especially to her foster siblings, because she is always nurturing and loving toward them, and she is there whenever they need anything.

Plum, a Miniature American Shepherd, was born deaf and blind …