Home
Pooch Fever
Siberian Husky Climbs A Narrow Ladder To Board A Boat, Proving That His Breed’s Intelligence Is Superior

Siberian Huskies are known for their beautiful eyes, silver coats, and for being the ultimate escape artists. They’re equally recognized for their intelligence too, so this breed is quite popular.

This doggo did his breed proud in this video. People were crawl-climbing up a narrow ladder to get on a boat, so it’s not easy for everyone to get up there. This Siberian Husky didn’t think so either. 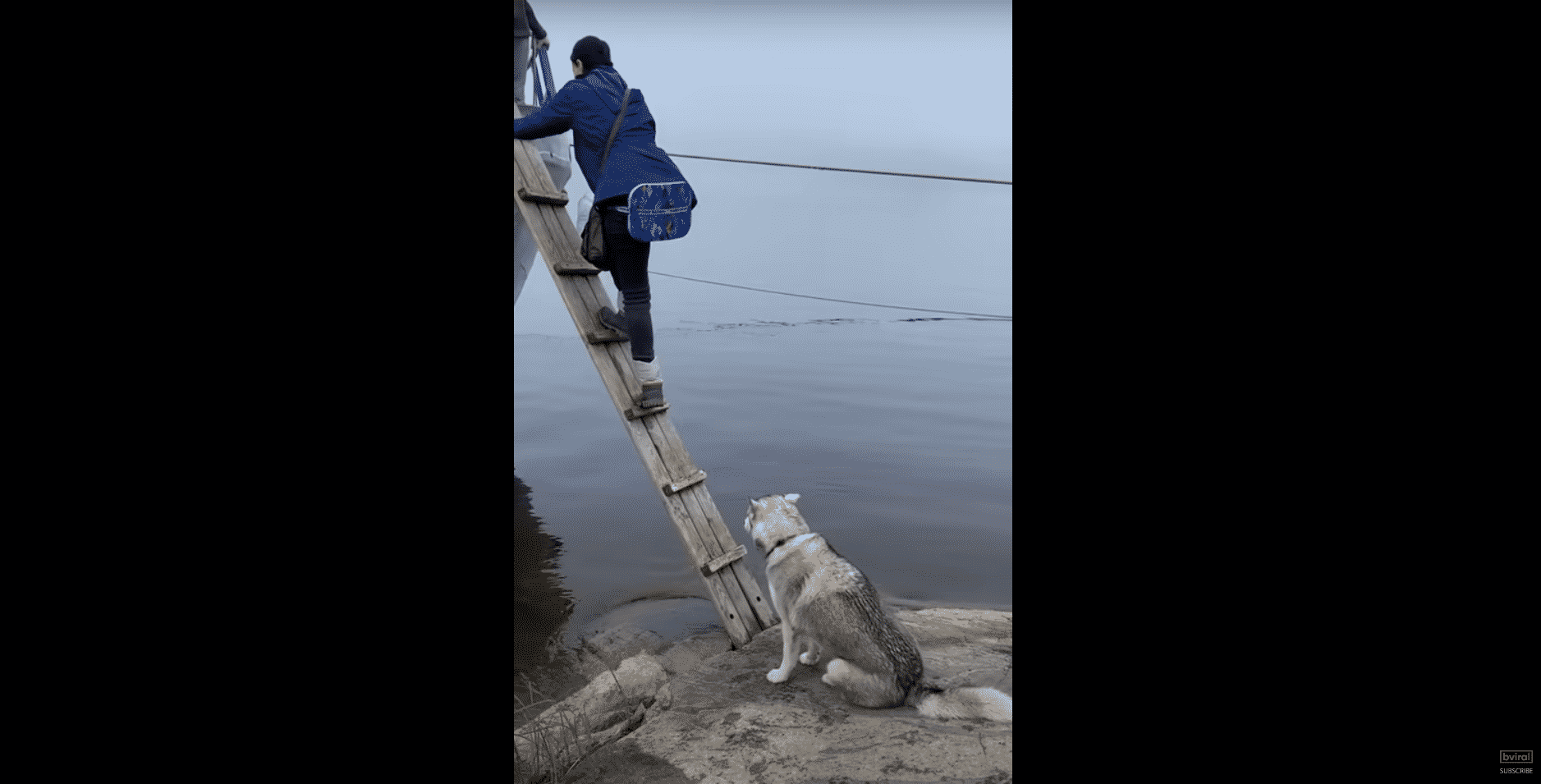 While this dog’s hooman climbed up the ladder, he sat down and watched. The pet must have been scared because one mistake will plunge him into the freezing water.

His coat’s thick and his breed is used to cold conditions, but falling and freezing aren’t activities he’d like to take part in. He needs to be careful, and he needs to see how it’s done first. 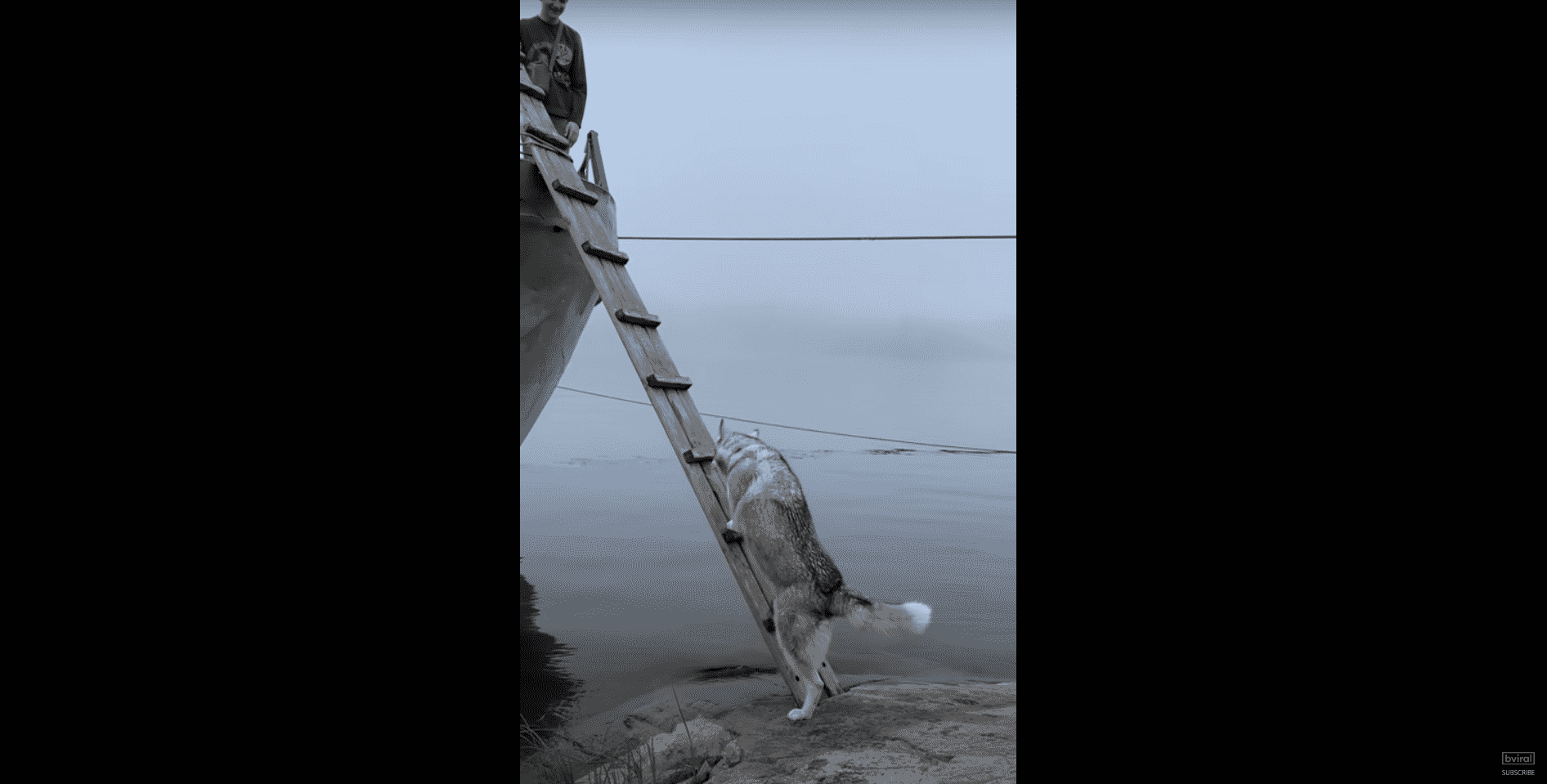 When his mom was on the boat, the dog attempted to climb the plank by himself. He got scared, though, so he took a step back and barked. Someone on the boat encouraged him to climb, so he did.

The Husky gingerly placed his paws on the rungs, and the higher he went, the scarier it became. No turning back now, as he was already halfway there. The doggo struggled, but he was focused. 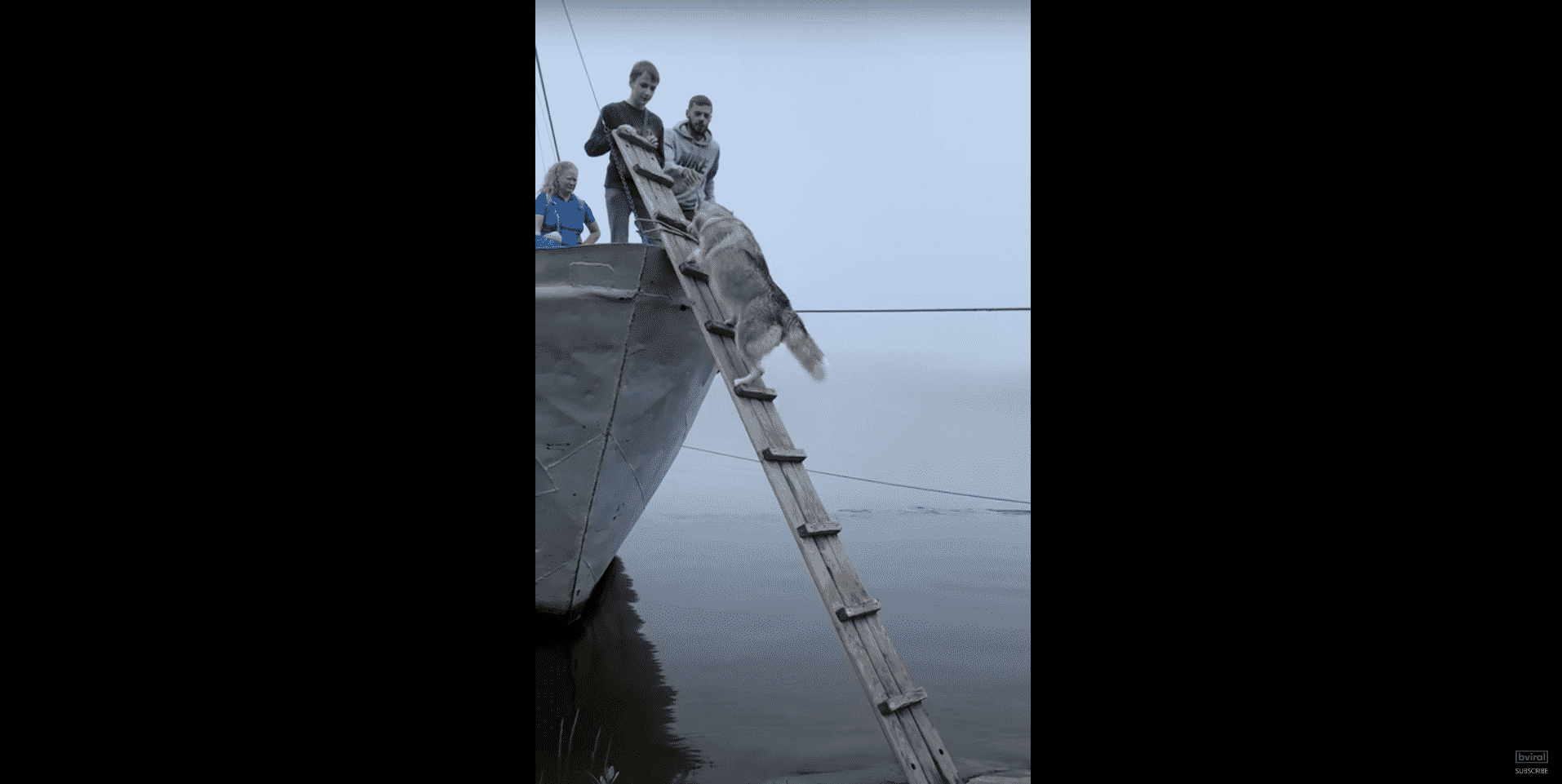 He was going to join that boat, and he wasn’t gonna fall. The Siberian pet made quick work of the last few steps, displaying his agility and intelligence as he did. Everyone clapped when he boarded.

The pet wore a smug look on his face when he made it on board. If he felt proud of himself, it’s just fitting because we certainly did. We’re quite impressed with your thought process, doggo!

We bet this isn’t going to be the last time you’ll wow people with your skills. Continue being the gift you are to mankind, and mad props for your little stunt today, pet!

Brian Taylor, called the “Dogfather of Harlem” by his community, …

View Story Aggressive Chihuahua Gets Adopted By Foster Father And …