Joe Flynn is a family man from Bozeman, Montana who has everything he needed in life. He has a good job and a great family. When he is not working, he is at home, playing with his kids and his beloved black labrador, Bubba.

They all adored their pet as he was playful, affectionate, and goofy. Joe and Bubba spent a lot of fun times playing in their yard. But then, something happened that drastically changed their lives.

Bubba was five years old when he suddenly collapsed while playing with his dad.

Nobody knew that the black dog had any health problems. He seemed very fit and healthy. But that particular day, while Bubba raced after a ball, he just fell down to the ground, and it looked like he had difficulties breathing and moving. To Joe, it seemed that the dog was having a heart attack.

Joe took his dog to a vet, and after a series of tests, they were shocked with the results. The vet said that Bubba has canine fibrocartilaginous embolism or Canine FCE. The blood vessels in his spine were blocked. This meant that their pet would be paralyzed.

The family was devastated, but they were determined to help him get better. They moved him to a clinic that offers therapy. Bubba stayed there with a dedicated medical team.

Their first indication that Bubba was getting better was when the dog wagged his tail when he saw his dad come in. Nobody expected it, and it was a pleasant surprise for everyone. Then there was this time that they found Bubba tearing open a pizza box. He must have smelled the food and forced his body to follow his nose.

The team made him a custom wheelchair that could help him move and strengthen his muscles. Three months after he was brought in, he had completely recovered. Everyone marveled at his miraculous recovery.

Bubba went home and lived a happy life once again. Sadly though, he died at the ripe age of 13. But his life and his willingness to survive inspired his dad so much that Joe went on to write a book about his dog.

He wanted to share with everyone the spirit that his dog had and inspire them to never give up and never lose hope. 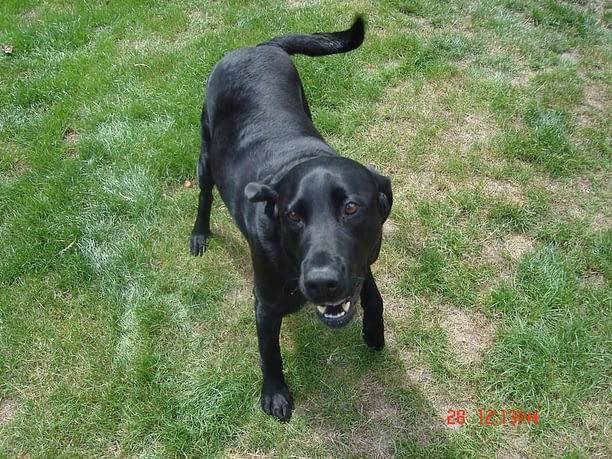 One pup named Rajah was in the backyard of her …

Thea and Eric, a couple from the Philippines, have so …