Home
Dog Stories
8,000 Stray Dogs Get A Second Chance In Life, Thanks To This Chinese Monk

What happens when a homeless dog gets caught by Shanghai police? Well, they’re tossed inside metal cages that are already packed with dogs. They are then transferred to a facility where they’ll be put down days later.

It’s heartbreaking that these things continue to happen in the world today. This is why it’s always good to hear stories about humans that go out of their way to save these poor creatures. One of these humans is Zhi Xiang, a 51-year-old Buddhist monk. 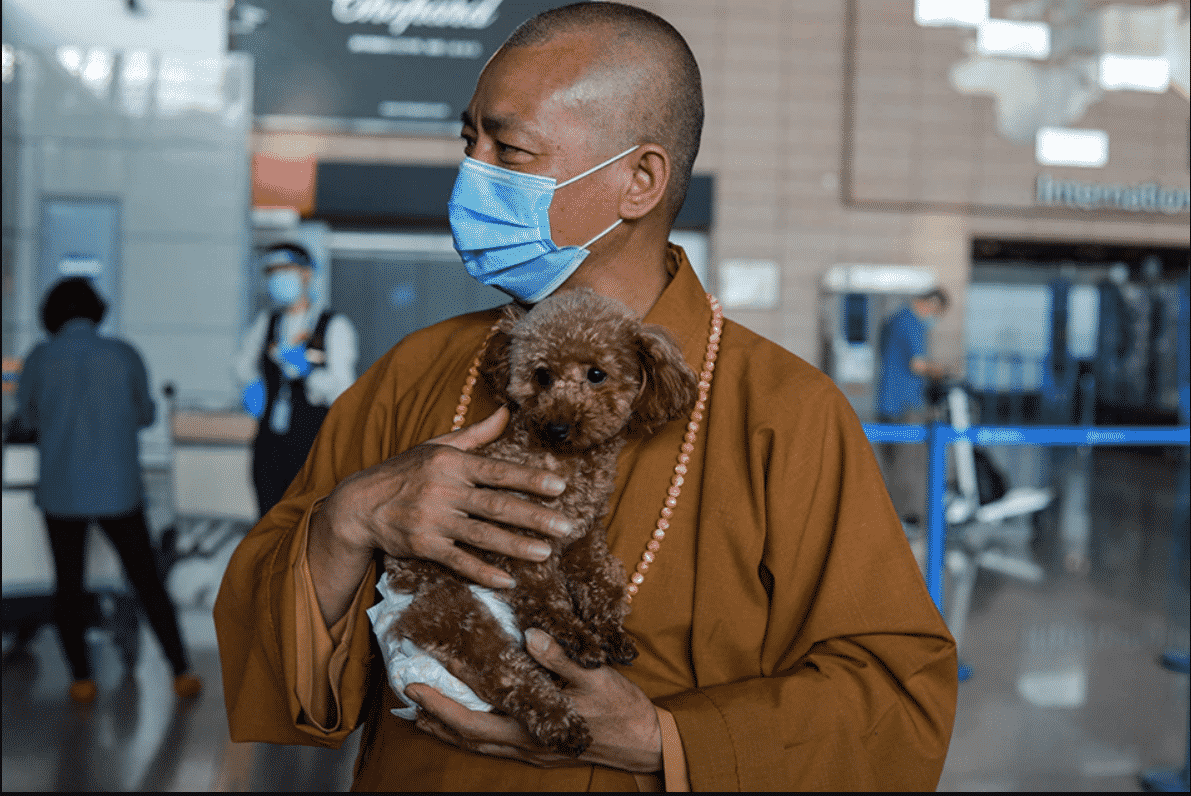 Whenever Zhi would meet a homeless dog, he would kneel down to take a closer look at them. If the dog has matted fur, he would grab his scissors to cut its hair. If it’s starving, he would give it something to fill its stomach with. If it’s sick, he would take it to the vet for treatment.

Zhi’s intervention doesn’t end there. Once he sees that he has earned the dog’s trust, he would then bring him to a shelter he runs in the city. Sometimes, he would also bring them to the Bao’en Temple. He hopes that the change in environment would allow the dogs to start a new life.

He’s already taking care of over 8,000 dogs as of writing. That number is overwhelming, but he does not mind. What’s more important for him is keeping these dogs from being put to sleep once the Shanghai police catch them

Sometimes, Zhi sends some of the strays to different countries. He believes that the resettlement ups their chances of getting adopted by loving families.

He always cries whenever he has to say goodbye to his four-legged babies. He loves every single one of them that’s why he can’t help but shed a tear whenever he has to send them off. He just comforts himself by thinking that the dogs are off to finally finding their forever home.

Dogs love to run and play. It’s their nature. But, …

Dog owners regard their pets as a part of the …